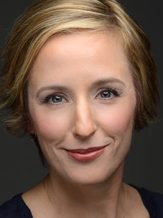 A Maine native, soprano Jennifer Bates enjoys a multifaceted career in the opera, concert and recital worlds. Recent engagements include the role Pepik in the NY Philharmonic production of ‘The Cunning Little Vixen’, multiple appearances with NY City Opera, Zemlinsky’s ‘Der Zwerg’ with the American Symphony Orchestra, and has been the featured soloist at the Bach Vespers Cantata Series for the past eight seasons, just steps from Lincoln Center.

Highlights of previous seasons have included performances at Carnegie Hall, singing Haydn’s ‘Lord Nelson Mass’ with the New England Symphonic Ensemble, and many European engagements, including Elgar’s ‘The Kingdom’ with Maestro Leonard Slatkin and the Philharmonia in the prestigious Three Choirs Festival, Haydn’s ‘Creation’ with Robert Tear at the Dartington International Summer Festival, Fauré’s ‘Requiem’ with Sir David Willcocks at Royal Albert Hall, and Verdi’s ‘Requiem’ at Windsor Castle.

She has also appeared with the Masterworks Chorale in Boston, the Orchestra of London and the London Pro Arte Orchestra. Her repertoire spans the gamut, ranging from Bach, Monteverdi and Couperin to the more avant-garde works of Schönberg, Eisler, and Berg.

As a recitalist, she has performed in multiple venues in the US and abroad, including a tour of Great Britain performing Britten’s ‘Holy Sonnets’ of John Donne, and a recital at the French Embassy in Washington D.C.

Jennifer is a strong advocate of late 20th and 21st century music , singing numerous premiers of new works and revamping classics of the contemporary repertoire, including Lukas Foss’ ‘Time Cycle’, and ‘Miss Donnithorne’s’ Maggot by Peter Maxwell Davies. She has appeared regularly on NY City Opera’s VOX series and has sung on the ALEA III series in Boston.

Ms. Bates was a Chamber Music Fellow at the Aspen Festival, and a Scholar at the Steans Institute for Singers at the Ravinia Festival in Chicago.