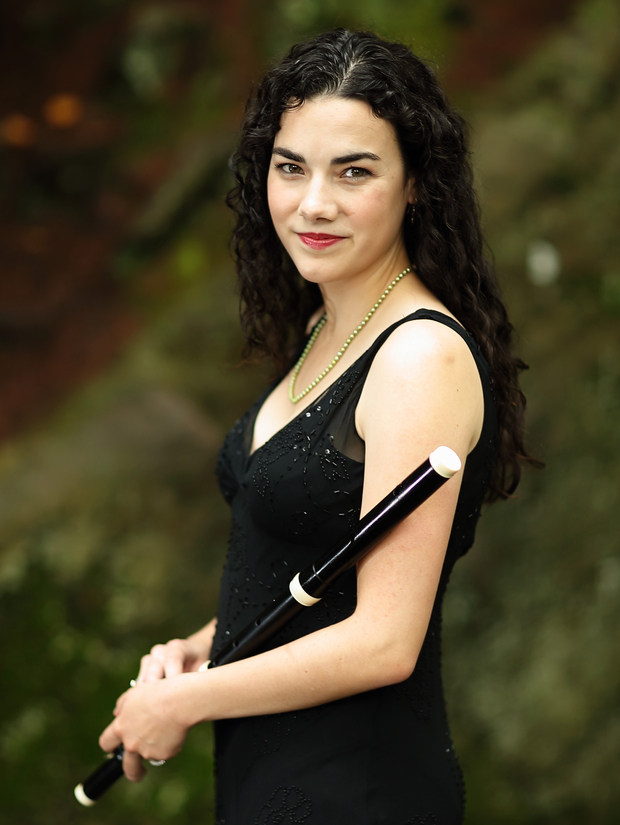 Flutist Andrea LeBlanc’s regular engagements include the Handel and Haydn Society, Boston Baroque, Grand Harmonie, and Cambridge Concentus. She has also appeared with the Folger Consort in Washington, D.C., and in 2009 performed Bach’s St. Matthew Passion on the Cambridge Concentus tour of Japan under the direction of Joshua Rifkin. She is the principal flutist of Arcadia Players and L’Academie, and has worked with such conductors as Masaaki Suzuki, Harry Christophers, Richard Egarr, Nicholas McGegan, Joshua Rifkin, Ian Watson, and Simon Carrington.  In 2012, Ms. LeBlanc became the first baroque artist to participate in Music at Eden’s Edge Emerging Artist program.  She has been an audience favorite at the Big Moose Bach Festival in Gorham, NH since its inception in 2010.  Ms. LeBlanc holds a B.Mus. with honors and distinction in performance from New England Conservatory and a M.Mus. from the University of Massachusetts Amherst.  She studied the traverso at the Royal Conservatory in The Hague, and has studied extensively with Christopher Krueger and Kate Clark.